Reasons why your ears may feel congested 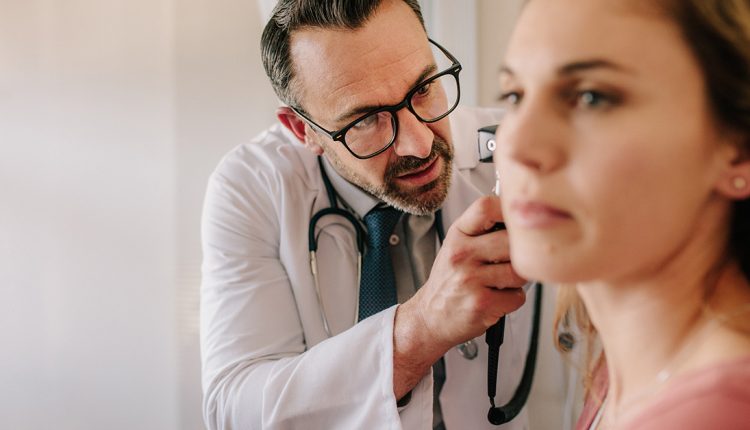 A clogged ear (or, even more annoyingly, clogged ears) can be a major nuisance and, in certain cases, a health danger. Blocked ears can warp and muffle sounds, diminishing your ability to hear what is happening around you. Blocked ears are inconvenient, but they also cause ear pain, itching, and disorientation.

Whenever your ear becomes clogged, particularly if it occurs unexpectedly, you may ponder why. A clogged ear can be caused by a variety of factors, not the least of which is ear wax buildup.

Read on to discover the causes of ear blockage as well as what you can do to unblock it.

Individuals can get congested ears for various factors, just like they get stuffy noses. Clogged ears can occur as a result of:

People often develop hobbies or professions, including mountaineering, flying an airplane, or even scuba diving. While partaking in such activities, some individuals have temporary ear congestion. This obstruction is caused by a fast shift in external air pressure.

The Eustachian tube regulates middle ear pressure. However, at higher altitudes, it is not always able to balance pressure effectively. As a consequence, the ears are affected by the shift in airflow. A plugged ear is often the only negative impact of an altitude change. You may experience headaches, nausea, or breathlessness if you get high altitude syndrome.

Fluid in the Ear

Fluid can form in the ear for a variety of causes. The following are a few of the most common:

Middle ear infection: Because of fluid build-up behind the eardrum, kids and grownups with middle ear infections may have a blocked ear sensation. Even though this ailment normally resolves independently, it can be uncomfortable. If the pain is intense, there is a fluid discharge, or the symptoms last longer than a day; it’s time to see a physician. Kids under the age of six months should be seen right away.

Is there another motive to value earwax? It prevents water from entering the ear whenever you swim or bathe. Besides that, water from swimming, showering, or wet conditions can get stuck inside the Eustachian tubes.

You can recognize the signs of a cold or sinus infection: stuffy nose, congestion, and facial pain. Most cold patients, on the other hand, may not realize that sinus irritation can harm your hearing. Because your sinus cavities are so close to your ear canal, any infection there can exert pressure on your eardrum, causing pain.

Ear stuffiness usually goes away when your cold symptoms do. You may have pain, disorientation, and difficulties hearing in more serious instances. Antibiotics may be needed to treat your sinus infection in some cases. Please seek medical advice to confirm that your ear(s) or sinuses have not been severely damaged and observe their advice to help recover your hearing.

Earwax defends your ear by cleaning the canal and keeping dirt out. Wax is generally soft, but it can harden and obstruct the ear canal. Other symptoms of a plugged ear caused by earwax include:

Cleaning the ear’s interior with a cotton swab can sometimes cause obstructions. Cotton swabs should never be used in the ear canal. Earwax can be pushed further into the ear with this type of cleansing.

The eustachian tubes are usually closed, but they can open when an individual chews, yawns, or swallows. These tubes oversee the pressure between the inner ear and the rest of the environment. The eustachian tubes also serve to remove mucus accumulated in the nose or throat.

Even though a plugged ear is an inconvenient nuisance, it is frequently cured at home.

This easy method will aid in the opening of your Eustachian tube. Take a deep inhale and compress your nose to accomplish this technique. Exhale slowly and softly via your nose with your mouth shut. This is enough to unblock or “pop” the ear. To prevent injuring your eardrum, don’t blow too forcefully. Chew bubble-gum or suck hard sweets to maintain your Eustachian tube open.

Earwax might become too stiff and compacted to exit the ear canal normally. A few droplets of baby oil, glycerine, or mineral oil can aid when this occurs. Using 2-3 drops in the ear can soften the wax and make it easier to remove.

Following the softening of the wax, ear syringing can be performed. A syringing tool can be purchased at a neighbourhood pharmacy or by visiting a physician.

An individual can use the syringing kit to inject water into the ear 15 to 30 minutes after adding drops to loosen the earwax. To prevent dizziness, the water must be at room temp. If you have a rupture in your eardrum or ear tubes, you shouldn’t ever try ear syringing since water could enter the ear canal further.

Certain earplugs are designed specifically for people who suffer from aircraft ear. These gadgets include unique filters that increase circulation and balance ear pressure. Although there is no conclusive empirical proof that these earplugs operate, anecdotal data suggests that they do.

When should you seek medical assistance?

The varied reasons for plugged ears demand various therapies. In most cases, seeing a doctor unclog your ears is the best option. With at-home procedures, a person can often accidentally cause more injury and damage.

If blocked ears do not clear up on their own, a person should contact a doctor, especially if they are experiencing any of the accompanying signs:

A physician will almost certainly inquire about the following:

The ear will be examined by the doctor using a special tool known as an otoscope. This gadget is intended to be inserted into the ear to assist the doctor in viewing the eardrum just within the ear canal. If the ear is contaminated, a physician may recommend an antibiotic to lessen the germs inside the ear.

Factors to Consider When Looking For a Gym

What is the Difference Between Ex Vivo and In Vitro?

Cough prevention tips for Adults in the Workplace

How Do You Clean Your Travel CPAP Machine?

Is Whiplash a Serious Injury

Cough prevention tips for Adults in the Workplace

How Do You Clean Your Travel CPAP Machine?

Is Whiplash a Serious Injury

The Top 3 Reasons Why You Should Carry Out Regular Exercise

Smile For Success: 5 Reasons to Invest in Teeth Whitening at…

The Most Common Reasons to See a Urologist