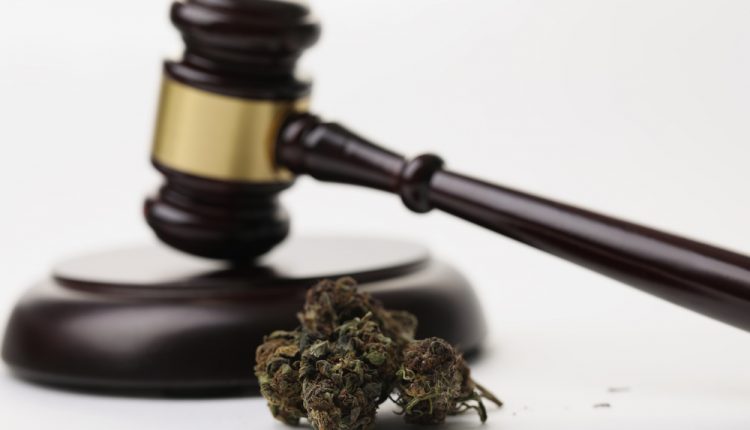 A number of states continue working on cannabis legislation despite the fact that most legislative heavy lifting is done during late winter and early spring. By this time of the year (mid-May 2022, at the time of this writing), state lawmakers tend to be back home doing what they do at the local level. But according to a report from the Marijuana Times, a handful of states could still manage to push through new cannabis legislation before the end of 2022.

Some of those states are looking to allow medical cannabis for the first time. Others already have medical programs in place and are looking to give the green light to recreational use. The bottom line is that cannabis legislation seems to be an ongoing thing in this country. That will likely remain the case for the foreseeable future.

Kansas and the Carolinas are three of the states the Marijuana Times says are looking at legalizing medical cannabis. It has been a bumpy road thus far. But as debates are being heard and compromises are being made, lawmakers are getting closer too giving their approval for medical cannabis.

The surprising thing to many is the sheer number of states that have approved medical cannabis in such a short amount of time. Twenty years ago, it was unthinkable that states other than the most left-leaning would legally embrace cannabis, in any form. How things have changed. Even uber conservative Utah has an active medical cannabis program in place.

Utahmarijuana.org says medical cannabis came to the Beehive State through a voter proposition in 2019. Even after the proposition passed, state lawmakers had to be compelled by a court to implement a law that would satisfy the measure. Lawmakers responded with what is a very good program at this time. Will Kansas and the Carolinas do the same thing? Probably.

As for opening up recreational use, the Marijuana Times lists five states to keep an on: Delaware, Minnesota, New Hampshire, Pennsylvania, and Rhode Island. All five passing legislation would bring the number of recreational states up to twenty-three. Meanwhile, Kansas and the Carolinas approving medical cannabis would raise the number of medical states to forty-one.

It is clear that states are willing to legalize cannabis despite federal law. If you are not familiar with Washington’s view of cannabis, just know that the plant and products derived from it are considered controlled substances by the Drug Enforcement Agency. Cannabis remains on the government’s Schedule I list of controlled substances.

So, how did we get from where we were 20 years ago to where we are today? Voter activism. The pro-cannabis movement initiated a grassroots effort to get voters involved in the issue. Voters responded with one approved proposition after another. The thing about propositions and ballot initiatives is that politicians have very little power to stop them. If enough signatures are gained, a proposition or ballot initiative can usually be brought for a vote.

Some states approved their cannabis propositions on the first try. Others had to bring the matter to a vote multiple times. But in every case where a proposition or ballot initiative passed, it was passed because proponents went out and beat the streets. They went out and got voters involved.

Regardless of any one person’s view on cannabis, the fact remains that a growing number of voters believe cannabis should be legalized. Whether legalization should be for medical purposes only is still being debated. While we have that national debate, states continue moving forward implementing new cannabis laws for both the medical and recreational markets.

What is the Difference Between Ex Vivo and In Vitro?

Find out how to Fall Asleep Faster With Weight Loss Supplement

Things You Should Look Forward to When Going to See a…

Find out how to Fall Asleep Faster With Weight Loss…

Faith-Based Recovery Program At All In Solutions